If you’ve never heard of rhabdomyolysis and just trying to pronounce it is a struggle for you, I get it. Having been active my entire life, I’ve encountered numerous injuries – sprained ankles, broken bones, bruised knees – you name it; I’ve done it. But I had never heard of this intimidating and unknown injury – rhabdomyolysis.

In a nutshell, rhabdomyolysis is the breakdown of damaged skeletal muscle. Doesn’t sound too crazy, right? Well, the breakdown of this damaged muscle results in the release of a myoglobin into the blood, which can damage the kidneys and could ultimately lead to death if left untreated. This new knowledge could raise concerns and the question – how do you even get rhabdomyolysis?

Well, this last fall, I found out firsthand.

While I am fairly active, I had never been to an indoor cycling class, but was intrigued given the buzz. I’m one of those people who rely on fitness and strive to push myself past my limits. After a weekend spent dealing with and recovering from food poisoning, I was still feeling the lingering effects of nausea and fatigue, but wanted to work out.

A friend and I decided to give a 60-minute cycling course a spin after work. While intense, I honestly loved the energy in the room and the feeling of unity among the cyclists. However, during this ride, my legs suddenly gave out and I felt weak. Thankfully I caught myself from falling off the bike, and although there was no initial pain – I knew something was wrong.

As I went to stand up from the bike, my legs struggled to hold me. At this point, I was thinking I had just completed a great workout and my legs were already feeling the effects. However, in the following days it became clear that this was not normal muscle soreness. Both of my legs swelled up to the point where I could not walk and were accompanied by bruises, aches and sharp pain – it was unbearable. It was apparent that something was wrong with my body, but to what extent was unclear.

After a visit to the doctor, I was advised to go to the emergency room because I had signs of rhabdomyolysis. Once admitted, they drew blood for my labs and the results confirmed I had a severe case. Rhabdomyolysis is diagnosed by checking the levels of an enzyme in your blood known as creatine kinase (CK), which is released by the skeletal muscles, brain and heart. Typically, an average CK level should be around 30-135 units/L for a female and while it does naturally fluctuate with exercise – my levels were at 97,000 units/L, which was dangerously above healthy limits.

This seemingly simple cycling workout resulted in six days in the hospital, where my body was continuously flushed with fluids to bring my CK levels down and clear the myoglobin out of my kidneys. 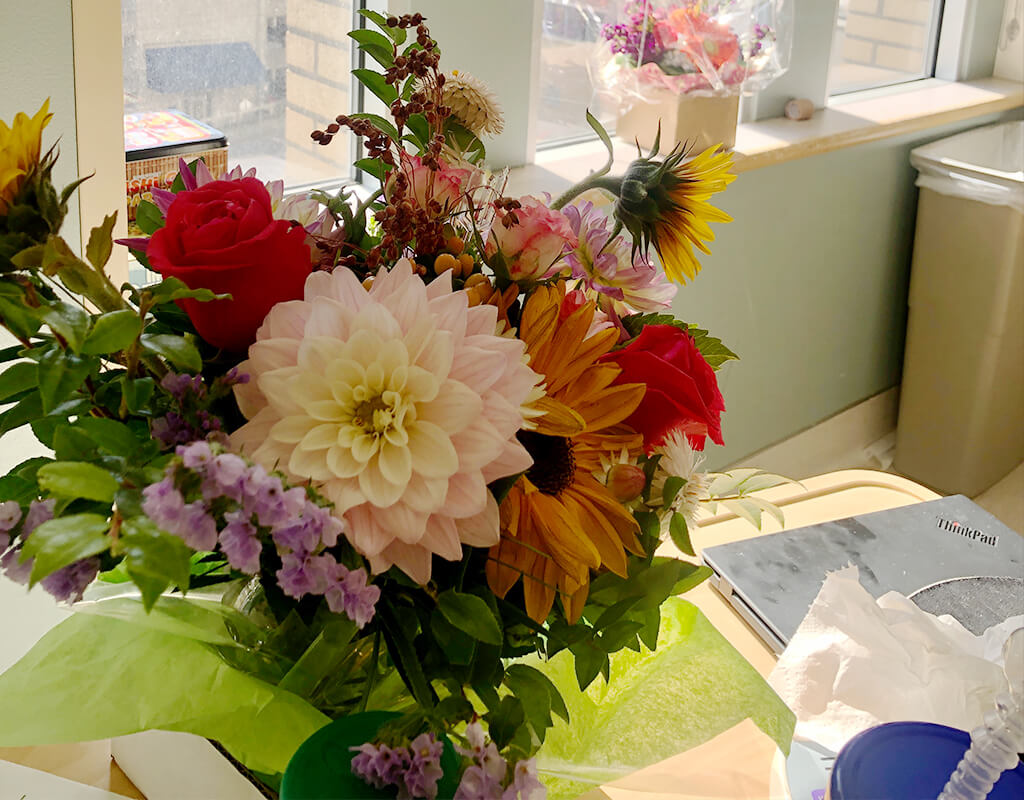 View from Mikaela’s hospital bed, where she spent 6 days recovering from rhabdomyolysis

By not allowing my body to fully recover from food poisoning in combination with physical overexertion, I put my body in harm’s way. As someone always looking to push myself, this scary episode taught me to slow down and listen to my body because overexertion does not equal greater results or self-satisfaction. While working out is good for you, overdoing it is not healthy.

My story is not meant to deter you from working out, rather it is meant to educate you on the importance of knowing and understanding your limits. Additionally, it is meant to empower you. Although this was a scary experience, I’m back to my fitness routine – but this time I am more in touch with my body and health.

10 Ways To Relax When You're Feeling Stressed