If you've been a part of the fitness scene in the past 10 years, you have probably heard someone, perhaps a fitness "expert," say that strength training on machines is not functional because the movements are not "natural." This has been perpetuated by the insurgence of functional training, whereby exercises focus on training "motions" vs. muscles. Hopefully you caught the irony there, as you cannot train a motion without training muscles. There would be no motion! However, you can train muscles without motion. Such is the goal of using unstable surfaces and isometric exercises.

First, it's important to define what "functional" or "functional training" really is. The term functional training was meant to describe exercises and programming that makes you better at a task. This ranges from sports performance to activities of daily living. By definition, if an exercise makes life a little easier for you, or makes you a better athlete, the exercise can be deemed functional. 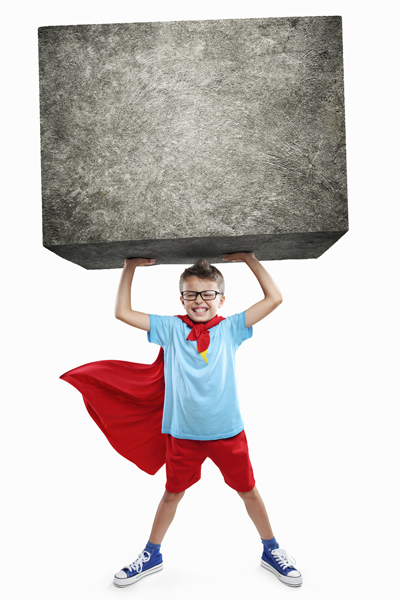 You can't get functional improvement without building your strength!

Second, it's important to understand what it is exactly that improves function. According to an exhaustive review by researchers at Edith Cowan University School of Exercise, Biomedical and Health Sciences in Australia it's the muscles ability to produce force which is a product of its strength. And it's not just how much force it can produce, but how quickly the force can be produced. This is known as rate of force development, which is essentially muscular power. Also, according to the researchers there is a "fundamental relationship [that] exists between strength and power, which dictates that an individual cannot possess a high rate of power without first being relatively strong." This means the basis for improving function is strength and then improving rate of force development.

For example, if you wanted to improve your vertical jump you would first need to improve the strength of the leg muscles and then improving the rate of force development of those muscles.

It should be obvious that strength can be developed using just about any strength training exercise, even if it looks nothing like the activity. A simple leg extension exercise can improve long jump performance even though they look nothing alike. Thus, training on a machine can in fact be very functional.

The great thing about machines is that, when set up and used properly, they allow you to anchor your non-moving parts to a pad which allows the muscle(s) you're trying to target to work at full capacity, thus maximizing strength adaptations. This makes machines extremely effective at building strength. Just because the focus is predominantly on a single joint/group of muscles, doesn't mean the added strength is useless; you still get to use that strength for other things.

Let's take a look at a few research examples:

A study performed by Newman, Tarpenning, and Marino in 2004 found that performing knee extensions, which target just one muscle group, improved sprint performance in high level football and rugby players. Coincidentally, and not surprisingly, the study participants that performed the leg extension at the fastest speeds (rate of force development) had the best results.

Another study by Murray and colleagues in 2007 also found that leg extensions improved long jump performance. The interesting part of this study was that the exercises were actually controlled for speed which was not very fast at all. The key was that the participants intended to move fast. This is known as "compensatory acceleration training."

Another study by Krist, Dimeo, and Keil in 2013 studied the effects of using a machine-based strength training program, which improved strength and function in the elderly with impaired mobility quite significantly.

You see, these studies all had one thing in common: magic! Just kidding. They used machines for strength training and none of the exercises looked anything like the skill they were trying to improve.

Bottom line: It's not the exercise that is functional or not functional – It's the adaptation of that exercise. And the most important adaptations for improving function and performance is strength and power. Machines can accomplish this very well and, in some cases, even better than free weights.

Here's another article you may find interesting