Fit Tip: Get In The Arena

One of my favorite quotes is by Theodore Roosevelt, an excerpt from his famous “Man in the Arena” speech, which he delivered at the Sorbonne in Paris in 1910.

"It is not the critic who counts, not the man who points out how the strong man stumbled, or where the doer of deeds could have done better. The credit belongs to the man who is actually in the arena; whose face is marred by the dust and sweat and blood; who strives valiantly; who errs and comes short again and again; who knows the great enthusiasms, the great devotions and spends himself in a worthy cause; who at the best, knows in the end the triumph of high achievement, and who, at worst, if he fails, at least fails while daring greatly; so that his place shall never be with those cold and timid souls who know neither victory or defeat."

Roosevelt’s message is both powerful and profound - The only failure is in the failure to participate. The title of “loser” has nothing whatsoever to do with the outcome of the contest itself; that description could be reserved for the critics who fail to ever try. There can be no failure in pursuing ones goals, only lessons learned. And those lessons are profound, indeed. The strength, insight and wisdom that accompanies coming up short yet picking oneself up and continuing on is immeasurable.

This photo is from IRONMAN South Africa, 2015. While I have done some pretty tough races around the world in places like Malaysia, China, South Korea, and Brazil - this one was particularly brutal from the very start. Many things went wrong and I didn’t think I would make it through the 112-mile bike ride, much less the 26.2 marathon afterwards. But I kept moving forward and I finished. It was one of my slowest races yet one of my most meaningful.

This picture says it all. 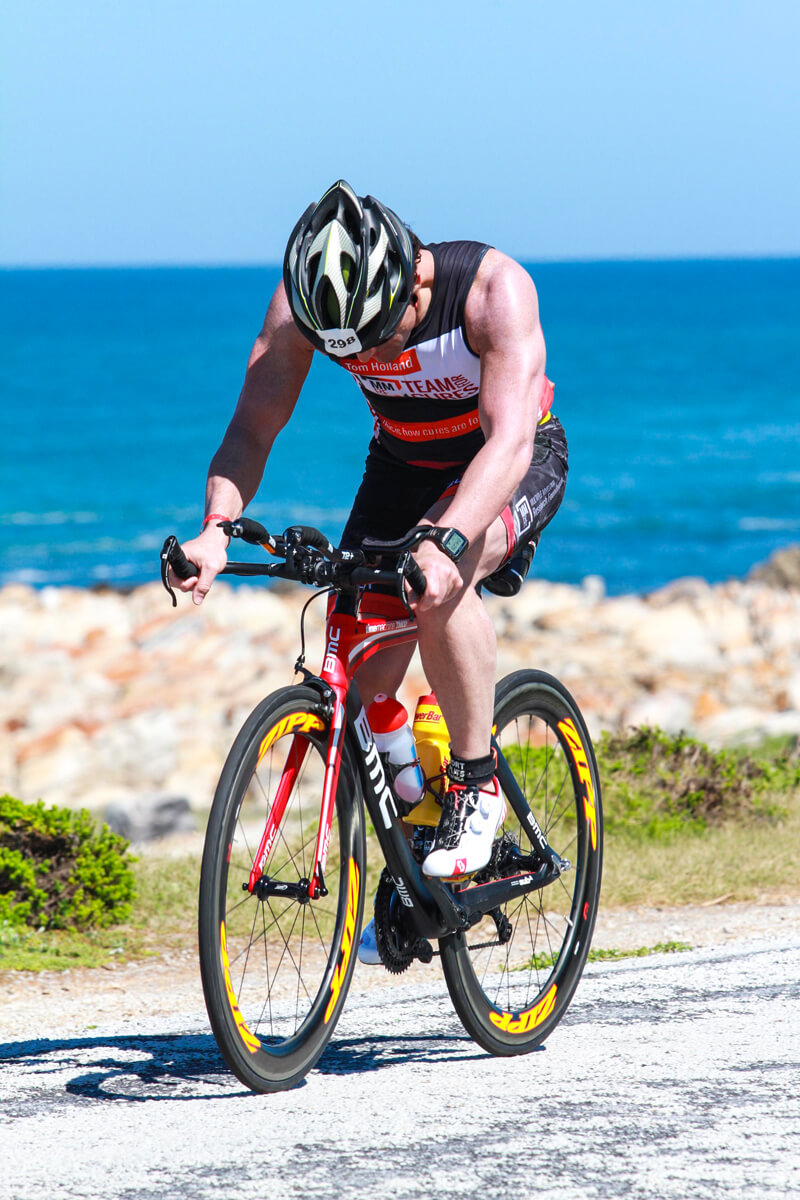 Too often in sports, fitness and in life we lose sight of this fact. When it comes to our health, we want the greatest results with the least amount of effort for the lowest price. In business and work, we desire to become millionaires with no money down in just ten minutes a day. In sports, we need trophies, accolades, prizes, ribbons and titles. We demand to know the score, our overall times, our finishing places, how we compare to everyone else. We insist upon rewards. Less and less value is placed in the mere act of participation for participation’s sake.

Yet it’s not whether you win or lose, or how you play the game, but that you chose to play at all. And you gave it your all, regardless of the outcome. A very simple concept; yet embraced and practiced by so few.

Push your own limits. Take pride in choosing to act, deciding to participate. Set goals, yet learn to savor the journey. Stop waiting, get in the arena and begin your personal experiment of one. You’ll be amazed at what you discover along the way.